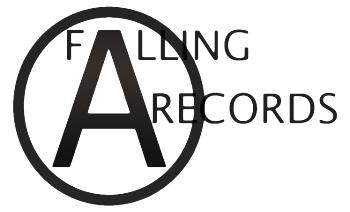 Okay okay, we have been persuaded. We are going to attempt to build a comprehensive discography here from our earliest releases to present day. Please bear with us as this is not an easy exercise to undertake since we have not been good at keeping records and our archives are kind of randomly thrown together so there is not any existing chronology. We hope that in undertaking this exercise we will be able to begin to add more depth and texture to the rather scant details of recorded history relating to cassette culture in the UK.

Our earliest recordings were made in 1976 but are so incredibly rare as there are probably only about 4 or 5 in copies in circulation. I am not even sure if we have copies of some of the earliest attempts at putting music on cassette. There were also several hand drawn, carefully crafted books full of schoolboy humour and Monty Pythonesque absurdity none of which are known to exist to this day. In our earliest days any copies we made, we tended to give away to friends or girls that we liked. We didn't even become known as Falling A until Frenzid Melon's second cassette album in 1978.

In the late 1970's and early 1980's we were very much part of the emerging cassette culture movement or as it was known at the time "the diy tape boom". Many of our releases were unofficial or licensed from other labels in a kind of ad hoc way. We would duplicate and seel in exchange for a split of the profits with the originators. We collaborated with a number of labels this way and built a fairly extensive catalogue of releases including some by people who later became much more established as artists.

Falling A also became a distribution hub for many fanzines and other art publications. In 1983 we opened a shop and managed to keep that ticking over for about 2 years. Most of our tape and fanzine sales were made via mail order. We established a network all over the world ...and that was without any internet. This was pure word of mouth and coverage in fanzines along with a helping hand from the mainstream music press of the day.

So, we will begin to collate our official discography. There will be glaring omissions and errors at least for the forseeable future unless there is a discovery of old catalogues out there of Dead Sea Scrolls magnitude.

We are more than happy to accept written, visual or audio contributions. Please watch this space. We will be occupying it very soon.